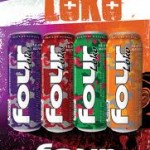 “A state of wide-awake drunk”. “Blackout in a can”. Strong statements about the alcoholic energy drink Four Loko. The Food and Drug Administration has issued a warning about the drinks and has even sent letters to Phusion Projects, it’s maker stating further action including seizure of the products. Four Loko is equivalent to four beers and two cups of coffee. The Federal Trade Commission is calling it’s marketing practices unfair and deceptive. All this controversy after more than a dozen college students were hospitalized after drinking Four Loko. Several states have even banned the drink. But are they just as dangerous as mixing any alcohol and caffeine and does the government have the right to step in? Many are asking this question as we report this story in the news. It’s an interesting debate. Four Loko has been around since 2005, created by several college students with money they got from a government SBA loan. They are marketed to young drinkers. There are some serious dangers that come with the drinks. But at one point do people have to take responsibility for their actions?People can still go to a bar and get a double vodka Red Bull which has a lot of alcohol and a lot of caffeine. Whatever you think, now Phusion Projects is acting, taking out the caffeine, guarana, and taurine. Four Loko isn’t the only energy drink now under the microscope. Thanks for weighing in on Facebook.