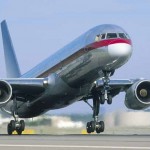 I have noticed recently ticket prices have jumped by as much as 100 dollars roundtrip to places like New York from Chicago. Long lines, bumped travelers, poor service, delays, it’s so frustrating. And you can rarely get on stand-by.

The penalties and fines keep going up. They want more money for our bags. I already travel light. Now Washington is stepping in to try and help. I hope it works. According to the Associated Press Federal officials are expected to announce this week a plan to raise the maximum amount that airlines must pay passengers who get bumped off an oversold flight, currently at $400 or $800 depending on how long a trip is delayed. Bumpings rose in three of the past four years and jumped 10 percent to 762,422 in 2009, the highest total since 2002. They soared 17 percent in this year’s first quarter.

The issue is overbooked flights. Airlines are allowed to sell more tickets than they have seats on the assumption that some passengers — usually those with refundable tickets — won’t show up. What travelers’ groups such as FlyersRights want is a limit on how many extra seats airlines can sell per flight. But industry insiders say that may be impractical because no-show rates vary by route, day and even hour.

One Reply to “Airline Travel”