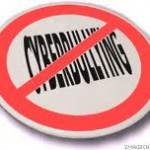 We read about more cases of bullying and cyberbullying everyday. The tragic story of the Rutgers Student who killed himself after two people videotaped him having sex and posted it on line.
Today another very disturbing story. A Mt. Airy 13 year old was stripped by two 17 year olds. They took video of him and put it on line. I spoke with Philadelphia District Attorney Seth Williams who prosecuted the teens and he says “the victim and the mother were victimized over and over again because it was posted on line where people could see it and mock.” Hundreds of people did mock the poor boy. They were charged and sentenced to probation, drug testing and monitoring. Some say they got off too easy. So I asked Williams do stricter penalties need to be put in place? Williams responded “my office is now considering lobbying lawmakers, it’s more than just a simple assault, bullying on line threats…we need to keep up with the technology.” Williams added this is a growing crime and every child has the right to be safe. The Philadelphia School District has set up a hotline number to call 215-400-SAFE . I think if the kids and teens knew they would get more than a slap on the wrist they might think twice about this type of violence. It has to stop so children can feel safe.