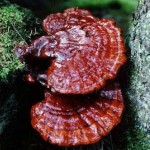 It sounds bizarre. But a new crop of believers are out there selling it.

If you  believe in natural remedies, which I do you may be interested to learn more about one of the most potent mushrooms that comes from Asia. Ganoderma is a type of mushroom also known as Reishi. It’s often called the magical mushroom because it’s been used for centuries as a medicinal treatment. Now it’s being sold in the U.S. in Coffee, Tea, even supplements. The question is does it work for whatever ails you. Entrepreneur and Chicago Resident Gary Leibovitz is convinced it’s improved his health and quality of life. “High blood pressure and high cholesterol run in my family. With the cost of healthcare out of reach for many and prescription medicine prices at unafforable levels, I needed to find something that would help my body function better so I would be less likely to need medication in my later years. My cholesterol levels and blood pressure have improved dramatically in the few months since I have been taking Ganoderma products by Organo Gold. It’s hard to describe but I just feel good. I am convinced it has helped me.”

Leibovitz is now part of a team selling Ganoderma products under the name Organo Gold. They can also be found on Facebook under Holistic Drink Specialists.

Leibovitz gave me some products to try. It’s too early to tell for me but the Tea tastes good.