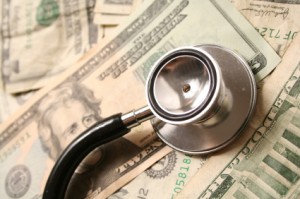 I’m often asked what I think of the new Healthcare Reform Bill. A bIll that will cost  940 billion dollars over the next ten years. I think it is a noble and necessary mission to provide healthcare for all Americans and to not deny coverage to people with preexisting conditions. But we all need to be prepared this is going to be a heavy burden on the American Taxpayer. A burden during an economic downturn where people are losing  their homes and struggling to find jobs with a national unemployment rate just under 10 percent. My concern is this giant spending bill will create even more taxes than outlined. Like a national sales tax. Starting in 2012, the Medicare payroll Tax will be expanded to include unearned income. That will be a 3.8 percent tax on investment income for families making more than 250,000 dollars per year, 200,000 for individuals.

Employers with more than 50 workers will be forced to provide health insurance or pay a fine of 2000 dollars per worker . That may cause some companies already struggling to downsize. And what does this say about he role government now plays. I have talked to many Doctors who certainly feel something needs to be done to solve the healthcare crisis in this country. But Doctors already receive small reimbursements for medicare. Specialists receive nothing. Adding 32 million more Americans into  the system will constrict practices, and time with patients will get even shorter.  I do like President Obama’s Prevention push. If we all take better care of ourselves we can drive down this mounting cost.

But other programs still need to be restructured to eliminate waste . I support the drive to change our lifestyles, but when the government singles out what it sees as health threats, like a ten percent tax hike for tanning salons, or a soda tax, that makes me wonder again what does this mean about the future role of our government in a capitalist system. There are pro’s and cons to this bill. Reform is necessary but it certainly comes with a hefty price.